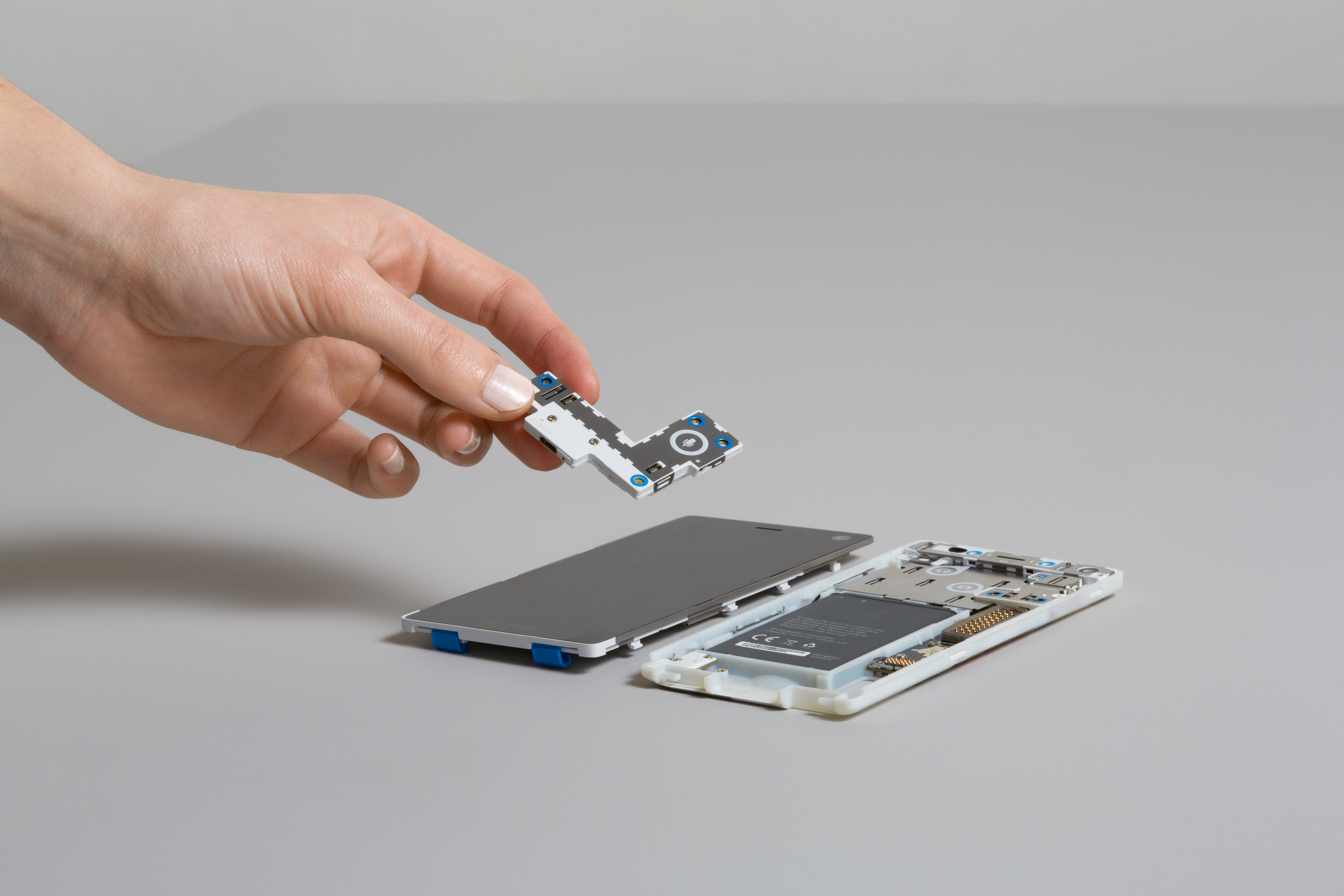 Miles Park understands the nexus between product design, durability, consumption and sustainability. His professional work as a senior lecturer in industrial design at UNSW is noteworthy, as are his research projects and critical articles on design for the environment. Read more …

There is estimated to be more than one active mobile phone for every person in the world[1].

Almost 90% of Australians own a smartphone, and almost 40% of us are expected to update our phone in 2018[2]. Cumulatively, the allocation of resources and embodied energy dedicated to these devices is immense and disproportionate to their individual small size.

It requires significant resources, more than 40 different refined metals and elements and energy to manufacture a mobile phone. Printed circuit boards, displays and batteries contain valuable minerals such as cobalt, gold, silver, palladium and tin. Huge amounts of ore, processing and energy are required to yield small amounts of these refined materials. Mining impacts, especially in unregulated regions of the world, can result in land and agricultural degradation, heavy metal pollution of water, soil and air, and human rights and social impacts[3]. Additionally, manufacturing a mobile phone contributes a significant environmental load. According to Apple, manufacturing makes up 77% of the firm’s carbon footprint[4], with only 17% is attributed to usage and the remainder to transport, recycling and facilities. This percentage is generally consistent with other smartphone manufactures[5]. 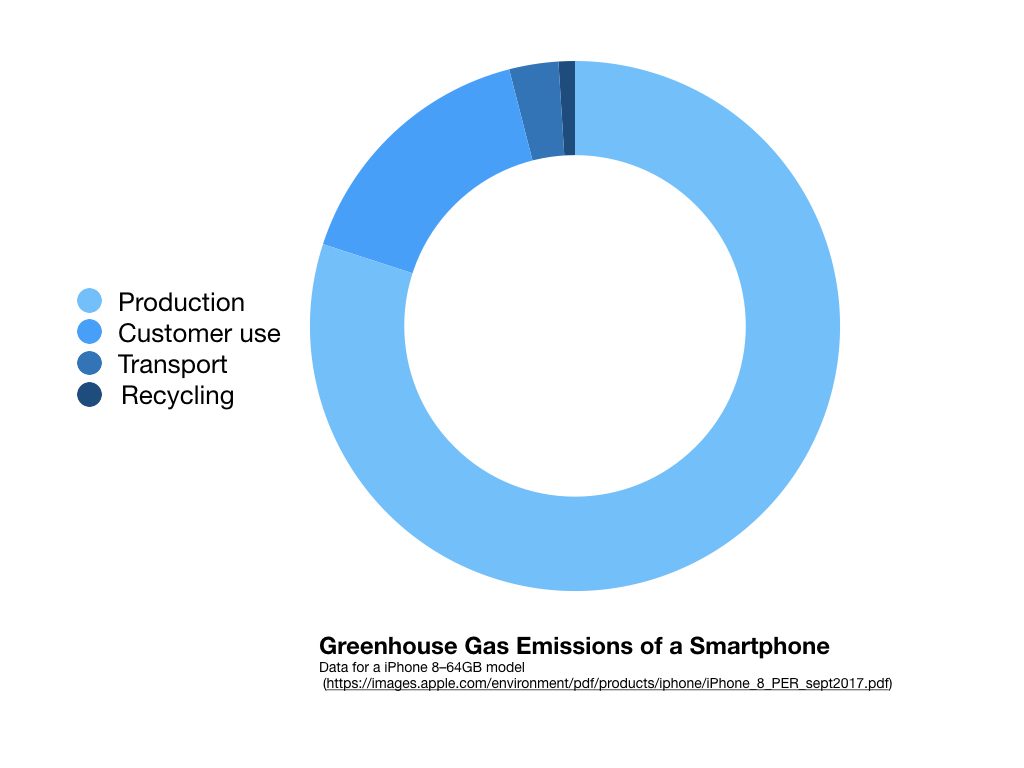 Put simply, the most sustainable mobile phone is the one you already own. Prolonging its lifespan contributes to the minimisation of the most significant impacts. But such a decision is not straightforward. Incessant technological change offering incremental performance features fuelled by persuasive marketing practices make planned obsolescence a design feature of phones[6]. This strategy is nothing new. Back in 1954, the American industrial designer Brooks Stevens[7] encouraged manufacturers to deliberately design products that would become obsolete long before they became broken or worn out, as a way to boost sales. He encouraged incremental annual design updates – “a little newer, a little better, and a little sooner than necessary”.

Physical and functional attributes play a key role determining a phones lifespan. Diminishing battery performance, poor durability, deteriorating appearance and poor repairability persuade us to replace our phones sooner than necessary. Extending a phone’s lifespan from one to four years can decrease its environmental impact by about 40%[8]. Unfortunately, most manufacturers actively discourage users from replacing the battery, or any other internal components, by using tamper-resistant fasteners, strong adhesives and restricting access to spare parts. This is rather like fitting a car with a set of tyres that are designed to be never removed and replaced.

A case in point is the lithium-ion battery[9] in your phone, which decline in performance as they age. Lithium-ion batteries, or any other rechargeable battery technology, are usually only good for specified number of charging and discharging cycles. They typically require replacement after a few years. Yet most phone batteries are designed in a way that prevent user replacement and discourages servicing. Last year Apple admitted that it had been throttling the performance of certain iPhones due to reduced battery performance[10]. In fairness, Apple said this was done to prevent the phone from unexpected shutdowns, and has now dramatically cut the cost of its battery replacement service for recent iPhone models. 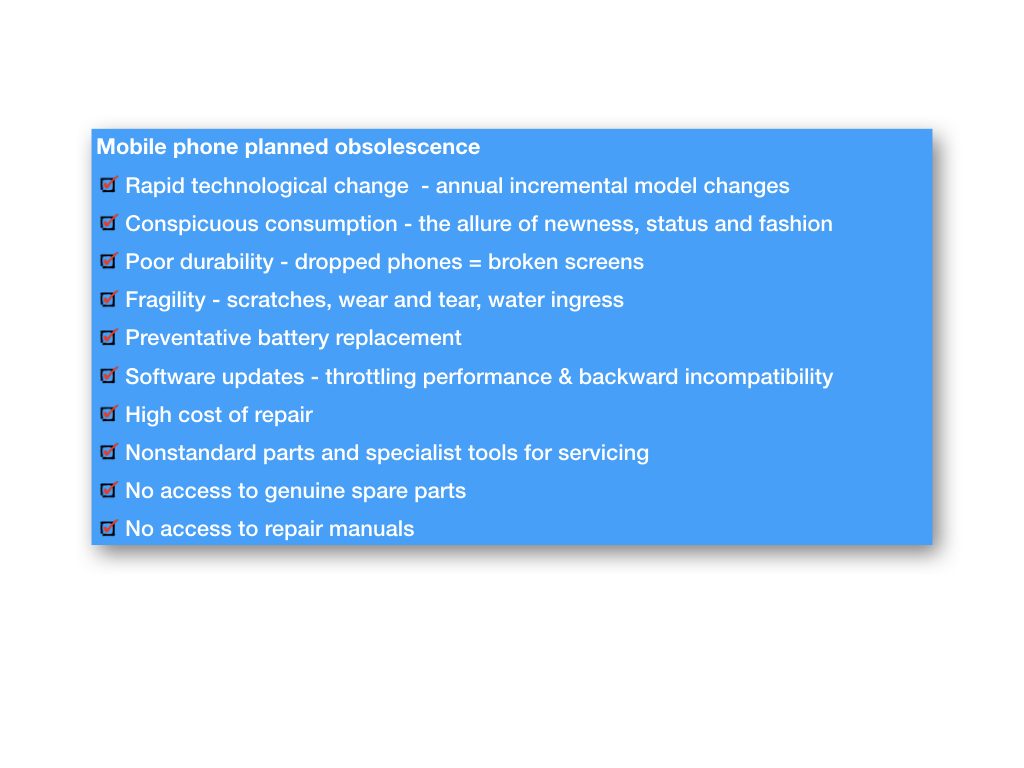 Meanwhile, there are some simple ways you can get around your phone’s inbuilt limitations, such as ensuring you maximise battery lifespan and fitting a screen protector, so a smashed or scratched screen doesn’t prematurely end your phone’s career.

What are the most sustainable phones on the market?

But say you’ve decided that you genuinely do need a new phone. What next? You could consider buying a refurbished phone. They can be indistinguishable from an equivalent new phone and will save you money too.

Whether buying new or used, try to choose a model that is easy to repair or upgrade. iFixit[11] scores various phones, awarding points for upgradability, use of non-proprietary tools for servicing, and replaceability of individual components. iFixit[12] is also a notable source for free smartphone repair manuals, and are vocal advocates for right-to-repair legislation[13] that would require manufacturers to give owners and independent repairers access to replacement parts and technical information.

Meanwhile, Greenpeace’s annual Guide to Greener Electronics[14] assesses the use of energy, resource and chemicals for different phone models, as well as supply-chain management. This analysis found that, of the major manufacturers, Apple led the field[15] when it comes to environmental performance.

But another, lesser-known brand scored higher still. The standout winner was the Fairphone 2[16], made by a small Dutch company that claims to have created the world’s first ethical, modular smartphone. It is currently only available in Europe, although it is reportedly compatible with phone networks in other countries. 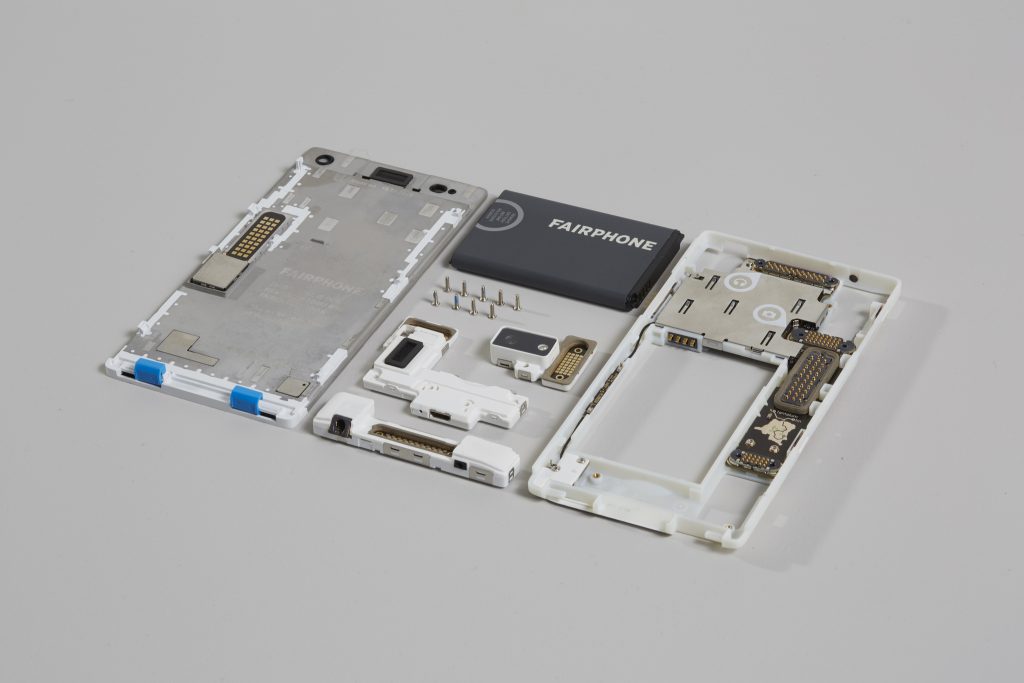 Figure 3-Fairphone. The Fairphone, described by its makers as the world’s first ethical phone.

What to do with your old phone?

OK, so you bought a new phone! The next question is what to do with the old one? One in seven of us will keep an old phone[17], even if it doesn’t work. According to a survey commissioned by eBay Australia[18], that equates to A$8.6billion worth of smartphones gathering dust in drawers. Encouragingly, popular models of smartphones will have a resale value even if they are broken. Ensure that you have removed the old SIM, erased all data and reset the phone.

The final end-of-life option is to recycle your mobile phone through a retailer that offers a recycling service[19]. As mobile phones make up one of the largest categories of e-waste[20], it is important that you recycle your phone responsibly to ensure that valuable material can be recovered and toxic materials properly managed. Unfortunately, too much of our e-waste remains unaccounted for. It is lost to landfill, poorly documented, or exported to emerging economies where it is being recycled sometimes in [appalling conditions[21].

About Dr Miles Park
Miles Park is a senior lecturer in the Industrial Design Program at UNSW. His research and teaching activities cover a range of key issues and themes related to design, product durability and consumption. He is one of Australia’s leading design for sustainability educators.

A version of this article was originally published on The Conversation. Read the original article.